5 steps to writing an effective paragraph 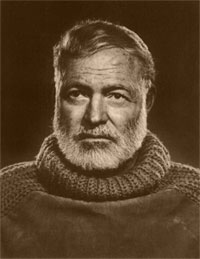 We have already discussed why writing an effective title is the key to getting your paper read. But the title of a paper is paint and trim on your house. The paragraph is its bricks and mortar. Each paragraph is a self-contained logical argument, crafted to stand on its own (like an abstract, or a letter to the editor of Nature) or to be strung together to form a larger thing of persuasive beauty: a well-written scientific manuscript. All the best writers in science write gorgeous, tight paragraphs. Most of the good science writers I know personally take great pride in the fact that they write well. Furthermore, they are constantly on the lookout for ways to hone their style. Here are some key principles toward making your paragraphs sparkle.

1) Is the rest of the paragraph about the topic sentence?

2) If you go through your manuscript, highlighting just the topic sentences, is the manuscript still coherent?

2) A paragraph has an inevitable logic. The topic sentence raises expectations. Now you follow through with the meat of your argument: a set of logically connected sentences that clearly and concisely builds your case. If you’ve slaved over a paragraph and are still not getting the response you want from your readers, it’s often the case that your logic is flawed. Put another way, writing is one of the best ways of discovering what you do not understand about your topic. But a logically well-constructed paragraph is worth slaving over. Nothing else makes you feel so much like, well, an academic.

3) The juicy example. Remember, you are teaching your reader about something. The logic may be exact and true, but sans a compelling example that connects in multiple ways to your logic, your argument risks being a perfect, abstract thing: lovely to look at but without substance. Adding a juicy example to a paragraph is akin to scotch-taping a wolverine to the cover of this book.

reminds the uninitiated that the brown food web can be a pretty dicey neighborhood.)

4) Mixing up your sentence structure–One knock on scientific writing, besides the jargon (more on that later), is the interminably long, latinate sentences. Yet when constructing a logical argument full of if/then/or statements it is inevitable that the sentences can go on, and on, and on… The solution is not to go all Hemingway (unless you are really, really good). You know what I mean by that. Just spitting out a staccato series of noun-verb-noun sentences hoping that your reviewer doesn’t secretly enter you in some faux Hemingway contest. But you can mix it up a bit. Give your readers some opportunities to catch their breath as your brilliant logic rolls over them like the waves in From Here to Eternity.

So when you’re working on your next essay, remember that the best manuscripts are built one paragraph at a time. Writing an effective paragraph is perhaps the single most important communication skill to acquire in your first years of grad school. It is a skill that the best scientists hone and one that we all universally admire. And that’s a big step toward getting your ideas out there.

We close with the a quote gleaned from Copyblogger’s Ernest’ Hemingway’s top 5 tips for writing well:

“I write one page of masterpiece to ninety one pages of shit,” Hemingway confided to F. Scott Fitzgerald in 1934. “I try to put the shit in the wastebasket.”

This entry was posted on Sunday, January 21st, 2007 at 6:01 pm and is filed under Science, Writing. You can follow any responses to this entry through the RSS 2.0 feed. You can leave a response, or trackback from your own site.

38 Responses to 5 steps to writing an effective paragraph