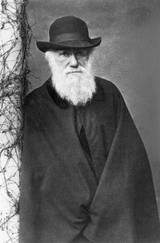 So what is an hypothesis?  It is a series of assumptions, tied together by logic, that generates novel predictions. Collectively, it is an explanation that answers a scientific question.  Let’s break that down. END_OF_DOCUMENT_TOKEN_TO_BE_REPLACED

Why we do science: it’s not all about the applications 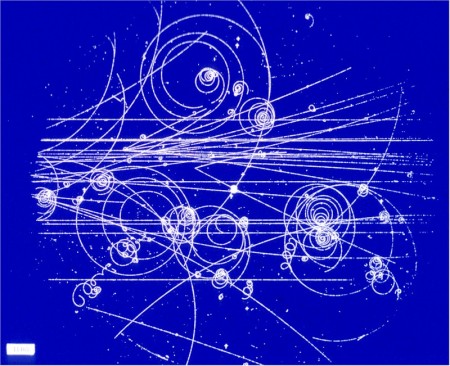 Senator John Pastore: “Is there anything connected with the hopes of this accelerator that in any way involves the security of the country?”

Physicist Robert Rathburn Wilson: “No sir, I don’t believe so.”

Pastore: “Nothing at all?”

Wilson: “Nothing at all.”

Pastore: “It has no value in that respect?”

Wilson: “It has only to do with the respect with which we regard one another, the dignity of man, our love of culture. It has to do with: Are we good painters, good sculptors, great poets? I mean all the things we really venerate in our country and are patriotic about. It has nothing to do directly with defending our country except to make it worth defending.”

As we busy ourselves writing grants and justifying our existence, it’s good to take a step back.

Why we do science: quantum mechanics remixed

These guys give me hope. 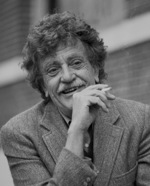 One could do far worse than to model your writing after Kurt Vonnegut. His mythic stories are simply constructed, easy to read, and stay with you long after you’ve shelved the book (or, better yet, given it away).

In his book of essays Palm Sunday

, Vonnegut provides some tips on how to write elegantly, simply, and memorably.

Below the fold, I interpret the master’s advice for the beginning science writer.

END_OF_DOCUMENT_TOKEN_TO_BE_REPLACED

I spend much of my scientific life crawling around in the forest litter, studying the microbes, the microbivores, and their predators that teem in this fantastic world beneath our feet. One of my favorite litter critters is the millipede. What’s not to like? They carry around in their guts a poorly explored plethora of microbial symbionts that help them digest old dead leaves. It’s hard to see a millipede and not think of a commuter train that runs on biofuels with the help of its passengers.

The other reason to love millipedes is that, because they are slow moving litter fermentation tanks, millipedes are sitting ducks (at the risk of mixing our taxonomic metaphors). If there were to be any new generations of millipedes, the ones that were somehow defended would have to leave more offspring. In fact, National Academy member Tom Eisner has done a bang-up job discovering the many ways (from spines, to crunchy exoskeletons, to cyanide and other poisons) that millipedes have evolved to make sure this train stays on the track.

And where nature produces toxins, there are always intelligent-ish animals waiting to get high…

On the Five Stages of Proposal Writing

I’m preparing to dust off a proposal that was rejected six months ago. It’s a resubmission to the National Science Foundation. In such cases the word submission is particularly apt. When NSF is funding less than 10% of the proposals it receives, one is pretty much resigned to one or more rewrites before you have a chance at funding. And since you often have only one or two chances a year to submit a proposal for 3-5 years of work, well, one doesn’t have to be a whiz on the quantitative side to see proposal writing as a lovely lesson in the brevity of all things mortal.

While dwelling on such things existential it was great to come across FemaleScienceProfessor‘s take on the the process of writing a grant proposal. What emerges is the notion that successful grants have to be in some way transformative, that their writing is not linear but aggregative, that much of it has to do with juggling budgets and filling out forms, and that, when it’s all over (after months of nurturing the baby that you then unceremoniously kick out of the nest), well….I’ll let her do the honors…

And then.. someone in the grants office pushes a button and the proposal is gone. I get an automated email. I am relieved, but there is also a melancholy feeling of emptiness at the departure of the proposal out of my intellectual grasp. What will I do next? I contemplate cleaning my office, but I don’t actually do it.

FSP is a worthwhile blog. Check it out.

5 ways of dealing with that rejected manuscript

GTDA Poll: What book inspired you to choose science?

The things that motivate our life’s path are often only clear in retrospect. But on occasion there are those singular moments that light a fire. For me, an amazing number of those moments come with my nose buried in a book–in a coffee house, on a beach, in an airport. Something crystallizes.

I remember clearly my freshman winter at Nebraska, picking up John Steinbeck’s The Log from the Sea of Cortez

.The book is an account of an expedition to map the organisms that live in the bays and beaches of along the Baja peninsula. The characters are Steinbeck, his colleague the marine biologist Ed Ricketts,  a crew of sardine fisherman, and the variety of critters they collect along the way.

I read Log over Xmas break while hunkered down in my basement room. I fell in love with Steinbeck, whose lucid prose revealed a person with deep regard for the human race. But I also fell in love with idea of field biology: the romance of exploration and the drudgery of wading through the muck. The solitude of peering into a tidepool–miles from any other human soul–and the comraderie of the team, plowing through burlap bags of specimens while drinking cheap beer. I didn’t just want to become a biologist, after reading Log. I desperately wanted to become a biologist.

That book, and the idea it planted, helped get me through that first year of college–the huge classes with the (mostly) bored professors. And as the years passed, and I got my shot, it was with considerable delight  that I found Steinbeck had pretty much nailed it.

So, dear readers, dish. What book helped point you down the path you are on?

Survive and Thrive in Grad School
Blog at WordPress.com.